Skip to the content
I think 2010 can be remembered as one of the best years in gaming. Not only there were great games, new age of motion controlled games also started with Kinect and Move. So, in order to honor these games, I took a plunge and picked out 5 games, plus 3 games in honorable mentions for the Top 5 games + 3 HM awards.
(Note: This list is based on games that I played for first time in 2010. So, this list also includes games that exactly weren’t released in 2010.)

I think 2010 can be remembered as one of the best years in gaming. Not only there were great games, new age of motion controlled games also started with Kinect and Move. So, in order to honor these games, I took a plunge and picked out 5 games, plus 3 games in honorable mentions for the Top 5 games + 3 HM awards.
(Note: This list is based on games that I played for first time in 2010. So, this list also includes games that exactly weren’t released in 2010.) 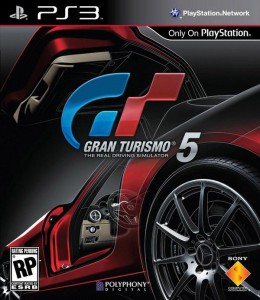 It’s hurting for me to put a game like Gran Turismo 5 out of the Top 5 list. Don’t get me wrong, I enjoyed the game. GT5 presents one of the best driving physics engine in the industry, and it’s jaw-dropping to see over 1,000 cars. However, there were dark sides as well. Firstly, there was now-solved game bugs such as online connection issue and UI lag when online, then there was fundamental problems with the game. To begin with, there was this rather distict division between what they call “Premium” and “Standard.” Basically, Premium cars are rendered in PS3 graphics, and Standard cars are rendered in PS2 graphics. (since they are direct ports from GT4 or prior games.) It’s not like Standard cars are in terrible quality, but there are glaring differences between these two classes, most notably cockpit. However, the biggest problem was the AI of opponent drivers. In Forza 3, the last year’s #3, AIs were smart enough to try to block you if possible, or move out of the way if impossible. The AI felt like human. But in GT5, the opponents feel like… mindless idiots. For example, when you think they can move out of your way, they don’t. They just stick to the course, causing a massive collision. You have to have your own skill to get out of their way in order to overtake them. How dumb. In conclusion, GT5 was a great driving game, but quite lacking as a racing game. In order to stand on its own against competitors like Forza, Polyphony has to up its game. 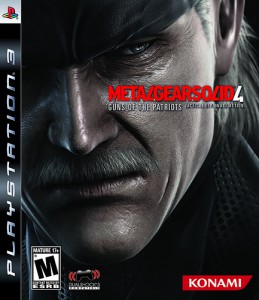 MGS4 was the first true Japanese blockbuster game I’ve ever played. (Well, nevermind if Pokemon also counts as a Japanese blockbuster game.) One thing that struck me was the attention (or obsession) to details these Japanese make. (No wonder why it takes countless delays.) Taking into considerations that it was released in 2008, it’s quite astounding in presentation side. However, this game also has shortcomings that defines most Japanese games as a whole: it is stuck in a universe that not many people besides Japanese can understand. For example, I heard from my dear friend David Miller that the final cutscene would be two hours long, so I readjusted things so that I can finish the game on weekends, bought myself dinner, then watched it. To be honest, after watching the whole thing, I don’t get it. It probably is because I never played the prior MGS games. Many people say this game is seriously overrated. I don’t agree. I see it’s a masterpiece. It is just that probably I don’t see the full potential of the game itself, because not only I never played the prior games, but also more important to the point, I’m not Japanese.

When I got my own PS3, David (yes, that same David) heavily recommended to try out Uncharted. So I did, and I was pleasantly surprised by the attention of detail in this game. The graphics, and natural animations by the main character Nathan Drake all showed the prowess of what PS3 can do. Story is also paced right and keeps you immersed, which is kinda tall order for games these days. It was a fun ride, and it will be if I play it again. However, one reason why I put this on honorable mention, is because there was one sequence in the storyline where dragged the story, and annoyed the hell out of me. And the other, is because it was overshadowed by a game far greater. Which, I’ll dive into in few paragraphs below. 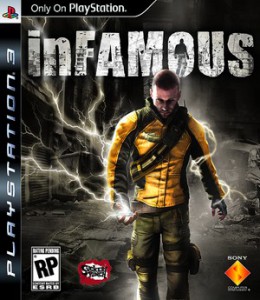 inFamous takes an intersting twitst on a story that is as obvious as Avatar: an ordinary person suddenly given a superpower, what will you do with it? Looks boring, but it works. Visual representation of the main character Cole as the player chooses between good and evil, and different skillset provided makes the game unique. Also I liked the plot twist (spoiler!) in the end. I may be biased here, since I was looking forward to a decent open world superhero game. Sadly, it did repeat the problem that the first Assassin’s Creed had: repetitive side missions. Although the problem wasn’t as severe as the Assassin’s Creed, it was enough to annoy me. Especially that taking off the security alarm thing. Yeah that. 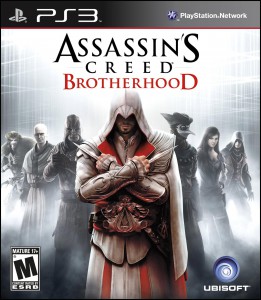 Yup, it’s the sequel to that game that made the Game of the Year 2009 in my list. Brotherhood is a worthy successor. Especially, the revamped Batman-like combat system truly makes Ezio a badass, and a not-so-cliche multiplayer was a breeze. The fall-short was the plot, where Ezio’s story merely makes the game “Assassin’s Creed 2: Brotherhood.” (But, I should say, Desmond’s story was far more interesting.) Also, game-breaking bugs were here and there, like waypoints not showing up, and even the game insisted that I wasn’t incognito when I was, so I had to restart the entire memory. That was a great bummer.

God of War III. What do I have to say more? You start right off with a bang, or more like battle against Poseidon on a Titan. Since then, the graphics itself, scale, and overall blood that is shed in this game (I’d say, more than 100 liters), this game does have a lot of wow (or yuck) factors all over the place. Not only the trilogy ends with a bang, but it had some good amount of challenges to be played. Although many say that Santa Monica played really safe on this (which I do somewhat agree), but I don’t think it’s a bad thing. Sometimes, you just want more of same stuff, right? 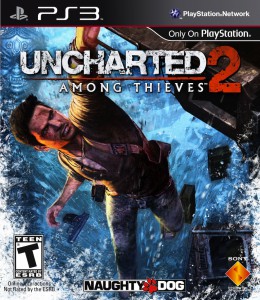 Now here’s the reason why the first Uncharted had to be on honorable mentions section. This game won all sorts of awards back in 2009, and I swear, if I played this last year, hell it might have beaten Assassin’s Creed II to be the Game of the Year (and Modern Warfare 2, at no.5, probably fell into honorable mentions section). This game begins with our hero, Nathan Drake, hanging onto dear life on a train on a cliff, then the wow factor goes onto the effect on the snow, which, I should say, is the best snow effect I’ve ever seen on a video game. (There, I said it.) Also, the game solved the little complaints that I had from the first one, and brings almost every aspect to a whole new level. This IS the game everyone owning a PS3 should have. Pacing and immensity in Uncharted 2 is so perfect that it even immerses the people who are just watching the other playing it. It must be good if it’s the No.2 a year after a release, right? Now, onto Uncharted 3… 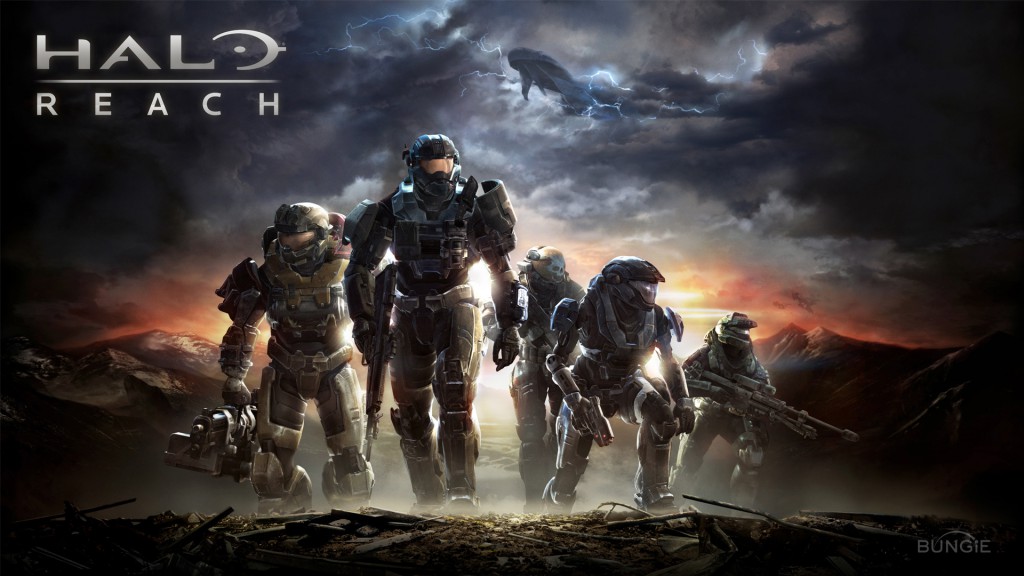 I think hear a lot of outcries as I put Halo: Reach on the top. “What about Black Ops?!” Uhh, didn’t play it, and won’t for a while. “What about Red Dead Redemption?!” Also didn’t play it, but will do in a few months’ time. Anyway, with Reach, Bungie put everything they have accumulated for past decade into their last swan song. It has one of the most memorable storylines (it almost made me shed tears) ever in Halo franchise, and multiplayer is still the best in class. It pulls you in, even when you suck at it. (Let’s face it, I suck at Halo.) Also, the graphics that puts 360 to its hardware limit (it did cause some graphical glitches here and there) reminded of that stunning Halo 3 Announcement Trailer (which, Bungie dumbed it down significantly for the final game). It makes me sad that Bungie won’t make Halo games anymore, but for putting out the best Halo, and indeed, one of the best FPS games ever on a console, Bungie, I salute you.